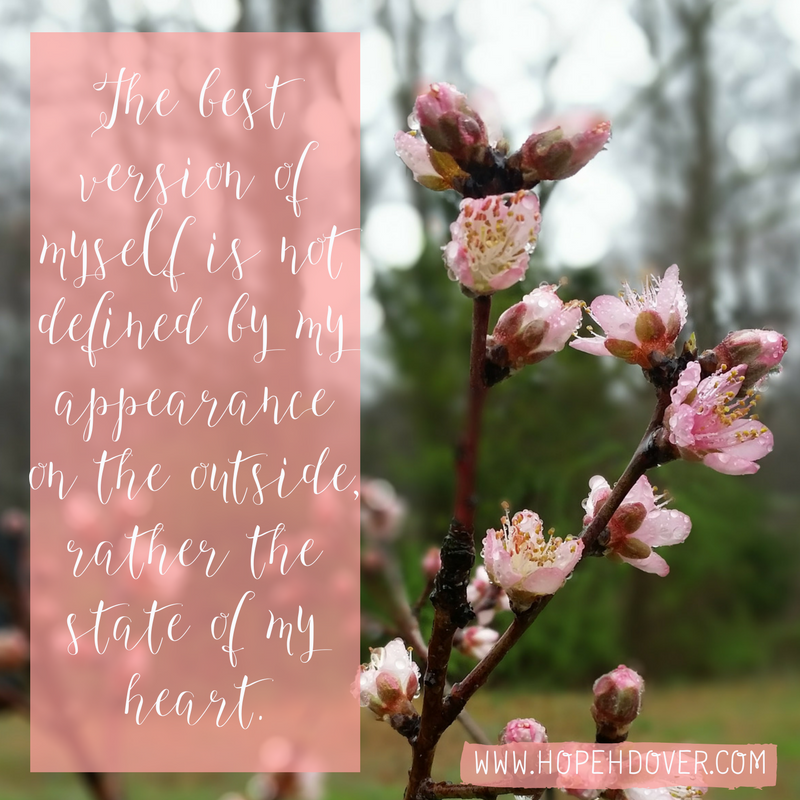 March 3, 2016 – It was late in the evening when I finished off the last of the three Cadbury creme eggs I had bought that day at the store. I had used food as comfort for most of my adult life and this night was no different. The next day I was starting a new “diet” and knew I would not be able to indulge in a treat like this for the next three weeks. I say indulge, but this was overindulgence at its finest. It was a way of life I had grown accustomed to through my bouts of depression, anxiety, infertility and baby loss. Food was a comfort and a coping mechanism, not fuel for my body to function properly. And exercise? That word was not even on my radar. I am not exaggerating when I say the most exercise I got was moving from the couch to the refrigerator.

Little did I know that night how God would use this particular food and exercise plan to spur a life change within me. My plan was to stick with it consistently for one round and see what happened. I was not enthusiastic about it in the least and I certainly did not tell many people what I was doing. In fact, the whole thing felt like torture.

I lost 22 pounds and many inches the first three weeks, which motivated me to keep going. Over the next year I lost 72 pounds and shed 54.5 inches, however that is not the impressive part of the journey. The part I want to tell you about has little to do with my physical transformation. The significant part of my journey is the transformation God brought about within me.

For the first year of this journey I carefully watched what foods I put into my body, only occasionally indulging in treats. I also exercised five to six times a week, way more than I ever had in my entire adult life. I became rather proud of myself and shared this pride extensively on social media. Now, I am not saying there is anything wrong with being proud of yourself or sharing your journey on social media. I strongly believe that in sharing our stories – the good and the bad – we can point others to God. That is why I am sharing this one.

In addition to becoming a little too obsessed with the food I was eating, I was becoming fixated on my weight, my measurements, my clothes size and the way I looked. I would scrutinize pictures of myself and mentally beat myself up when the scales did not go down as I thought they should. The journey was starting to shift from being healthy to looking a certain way.

I also began to notice that I was passing judgment on others for not living as healthy a lifestyle. I would see someone making not so healthy food choices and feel superior to them because I was doing so well. When I noticed a mom feeding her kids junk food I would shame her in my head. I compared my weight loss success with the success (or failure) of others, rather than simply celebrating our successes as a whole.

This journey to a healthier lifestyle was becoming ugly very quickly. Luckily, God got a hold of me and pointed out these sins. Unlike in times of my past, my heart was open to His chastening and I made some changes that have brought me closer to Him and closer to fulfilling the good works He has planned for me (Ephesians 2:10).

First, I stopped obsessing over food. I still eat healthy most of the time. I aim to eat more whole foods and less processed foods. I try to cook and eat at home more than we eat out. I still plan our meals and food prep. Although, I do not have to be as strict with this since I am home and not working full-time now. We also enjoy treats without guilt. After thirty-nine years, food has found its rightful place in my life. It is used as fuel and it is enjoyed. It is rarely used as a coping mechanism for my anxiety and depression anymore.

Second, I stopped obsessing over how much I weigh, what size clothing I wear and how I look. There will always be things I do not like about my appearance no matter how much I weigh or what size I wear. The truth is how I look is not near as important as how I feel. And how I feel these days is strong and ready for what God has for me (which is currently chasing after my very active two- and three-year-old children). My true identity lies in being a loved child of God, not in being a certain size or looking a certain way.

Finally, I stopped worrying myself with where everyone else is on their journeys. Frankly, it is none of my business. Comparing my journey to hers (whoever she is) does not help either of us. I am learning to run my race and let her run hers and cheer both of us on while doing so. This is many times easier said than done, especially with everyone displaying their highlight reels on social media.

Has anything in your life become an idol? What is the state of your heart? What does the best version of yourself look like?

I encourage you to think on these things today. But remember more than anything you are a beloved child of God – His handiwork, His masterpiece, His workmanship – created to do the good things He has planned for you.